My latest release Enchantments – The Beginning. Thank you Lizzi Newton for the blog article x

As summer draws to a close and fall begins its uncertain advance to cooler days, evenings of fireside reading with a hot cup of tea at hand grow more frequent. There are quite a few books debuting this month (or some that launched at the end of August). I’ve added some to my To Be Read list; a list that grows longer daily. I’ve chosen a few to share. I’m also going to recommend some I’ve recently read you might enjoy.

is the latest release from 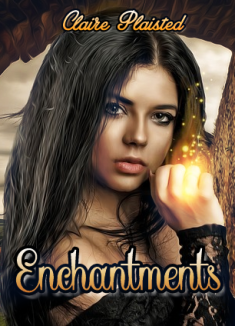 The Shadow Realm had found a gap in space and time, a place where they could observe the Human world before they claimed it as their own.

Farron is one of six, chosen to embark on an epic adventure against the Shadow King and his evil Realm; but how can six Humans fight against the perils of the Shadows…

This site uses Akismet to reduce spam. Learn how your comment data is processed.